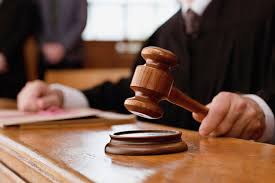 In what appears to be a first, an Ontario Court ordered a unit owner to sell the condominium he owned. The owner’s behavior was apparently so egregious, that several injunctions and restraining orders were entered against him. The Court finally ordered this drastic remedy.

Prior to the Court order requiring the owner’s removal and sale of the property, the community suffered from his harassment, abuse, and threatening behavior. It was only after a lengthy period of well documented behavior that included violations of Court orders that the Condominium was able to have him successfully removed from the premises. Peel Standard Condominium Corporation No. 984 v. 8645361 Canada Limited, 2018 ONSC 4339 (CanLII).

A similar case in Florida involved a condominium owner named Beate Kittel-Glass. The Appellate Court found that “between 1986 and 1994, [Kittle-Glass] committed a multiplicity of disorderly acts on the condominium premises that included: indecent exposure, public intoxication, reckless display of a firearm, and assault and battery. Twenty-two police reports were presented detailing Kittel-Glass's misconduct. Evidence was also introduced that an Association subcommittee had found that Kittel-Glass violated 79 condominium rules and had assessed her a total fine of $3,950, calculated at $50 per violation. Kittel-Glass presented no witnesses at trial.” Kittel-Glass v. Oceans Four Condominium Assn., 684 So. 2d 827 (Fla. 5th DCA 1995).

The result of the trial was that she and her agents and guests were permanently enjoined from occupying or entering upon any part of the condominium premises. This was based in part on the Trial Court's finding that Kittel-Glass's misbehavior continued during the existence of the temporary injunction. On Appeal, the Court overturned the Trial Court’s ruling and stated that what essentially amounts to a judicially forced sale or lease of Kittel-Glass's unit is improper. The remedies for violation of Court orders only include fines, and possibly jail. See generally City of Ocala v. Nye, 608 So.2d 15 (Fla. 1992) (eminent domain power can only be exercised by governmental entities to which the state has delegated that power).

The takeaway from the Kittel-Glass case is that the law does not always produce satisfactory results despite lengthy litigation efforts. Even if Kittel-Glass was found in contempt, Courts are reluctant to jail individuals, and will only do so in extreme cases. To deal with nuisance owners who wreak havoc in a community, the Association will need to demonstrate the abusive owner has engaged in persistent, intolerable behavior that has deprived the other owners and/or the Association’s directors, employees, managers and agents of a sense of safety and security. Unfortunately for the Association, this is not a speedy process. Furthermore, Courts may be reluctant to act forcefully.

As more and more people move to Florida, Associations will increasingly need assistance as they take on more human management responsibilities, as opposed to building operation and maintenance. This presents a challenge the law has not given much consideration. Laws will need to evolve as the nature of the role of the Association changes. Given the difficulties in obtaining satisfactory results when faced with a nuisance owner, the Tankel Law Group strongly encourages Associations document the troubled behavior and take quick legal action.